Your resource for Bluetooth Troubleshooting and Technical Support

Other users are having problems with these devices!   Be sure to check out similar posts in case they had the same issue

There are 72 other questions relating to the JBL T450BT - click here to view.   12 of the answers are marked as solutions.

There are also 10 other questions relating to the Apple Macbook Pro - click here to view.
Troubleshooting tips
We have some extra troubleshooting tips for JBL T450BT devices - click to view
We have a confirmed fix for apparent power on issues with this device in this post: https://www.bluetoothdoctor.com/question?jbl-t450bt-wont-turn-on_1
I just bought these headphones a few days ago, loving them, and thought I would charge them for later use while I was doing other stuff.
Now, the white LED is on, but the device is unresponsive. I tried holding in the volume buttons to reset it without any luck, tried holding the power button as well. It's like they froze or something...
I will leave them and see if LED light changes or if it will run out of juice eventually.
But if anyone knows anything I can do, I greatly appreciate the help.
-
Question by M 9:32pm, 15th October 2017

There are 35 responses to this question including 4 solutions

and 13 others deemed noteworthy

The problem was resolved by pressing the power button for a reeeeaaaally long time, haha.
It happened again when I left it charging overnight.

Thanks for the fix .I had the same issue and got resolved by pressing the power button for more than 15 seconds :)

Great, pressing the power button for longer than 15 sec. helped me too.

bro....really helped me
i almost thought to throw it away
hahahahha

It's definitely THE FIX to this issue.

God, i thinked that the headphones were dead !!

Thx you veeeery much from france dude you save my fitness training for this day !!

omg thank you so much!!! finally!

Wow, nice, thank you so much!

Celio, sometimes I have to do it several times for some reason... Don't give up just yet!

Ow gosh!
Thanks for the solution!

Jonathan responded : 12:11pm, 2nd November 2018 (2 years ago)
I got my jbl tb450bt 3 days now and my light has been on for 1 day now and I tried to turn it off it dont work and when I try to connect it dont work the light just stays on I need help please,Thankyou

Thank you guys!! I also had to press for longer than 15secs, it eventually turned off. Powered it up again and they still connect to my phone.. :)
48hrs of suffering...

Thanks a lot guys! Saved me an unnecessary trip to the service centre.

Basel responded : 12:14am, 11th March 2019 (2 years ago)
Freaking wow thanka guys it actually work ugh i've been searxhing for this for daysss i cant believe you've done this appericate it

Livhu responded : 11:29am, 10th April 2019 (2 years ago)
I was about to call the store and scream to them to give me my money back i just bought them yesterday

Thanks friends it worked for me also. Pressing power button for approx 15 seconds.

The problem was resolved by pressing the power button for a long time.

yes! omg thank you all,this really helped. I was getting really annoyed with these headphones when I wanted them to fully charged and this always happening, but now it won't be a problem!

I had the same problem. It ran out of battery and after charging the light would NOT turn off. I decided to wait overnight to see if it would turn off and it didn't, so I had to press the on/off button for longer than 60 seconds like 2 times and it worked!!! its brand new and I thought it was broke. but now its working fine

PRASHANTH M responded : 9:27pm, 6th August 2020 (4 months ago)
AhIt worked My jblt450bt was frozen like that thing and only the white light was On,Pressing the power button for more than 17secs it helped me too,Thank uuu

RAMASESHAN THIYAGARAJAN responded : 4:35pm, 22nd September 2020 (2 months ago)
It worked..thank you very much

Monica Krishnakumar responded : 5:28am, 27th November 2020 (4 days ago)
Thanks guys, I had been facing this problem for half a day and finally pressing the power button for almost a minute, my problem got sorted out.
Didn't fnd the answer you needed?   We have links to similar questions below that can help!

Can you contribute an answer to this question?

If you can assist the users problem you can quickly respond by completing the fields below to respond.

Other questions relating to JBL T450BT

Other questions that have solutions that may be able to help you ?!


View ALL questions with solutions related to JBL T450BT


Can you help other users with JBL T450BT devices that have a problem outstanding?

Want to shop for the devices discussed in this question?

Bluetooth Doctor is not responsible for, and expressly disclaims all liability for, damages of any kind arising out of use, reference to, or reliance on any information contained within the site. Never undertake manual repairs or modifications to hardware if without qualifications and always seek guidance from your retailer if you can't find a solution to your problem. 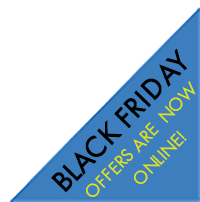